The Rise And Fall Of  The Famous Funny Fools

Beatles – said Peter Buchberger. Or he might have said it so: Bitls. Which was more or less correct. After all we were both freshmen highschool students in a class that had English as a major. (For Peter, the second time). So, he was a relative senior, sharing a desk with me. He knew what was going on. And what really was going on, according to Peter, was the Bitls. They were the new thing, the big thing. The real thing. England was on her knees and young people went crazy. Real crazy, like losing it …are you getting this, Gaby?

The conversation we had been having took place on King Street, the penny lane of our corner of the world, walking home, like we did every day, straight from the high school we attended at the east end of Kiraly Utca. 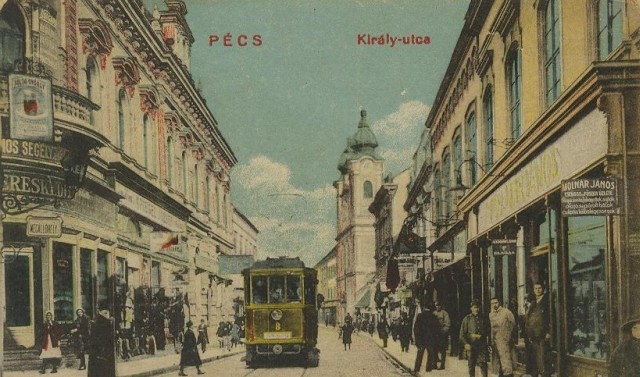 The point was to decide who likes what band the most. For we were at the age when these things suddenly acquire disproportionate importance. I was being most impressed with the Spotnicks. They were awesome. I’d been already playing Amapola – or at least making a good attempt at it, but Orange Blossom?…Orange Blossom! That sound! That technique! How could they even play that?.. And now Peter says it’s the Bitls.  I’d better pay attention. Here I was, at 16, the budding young guitar player and I hadn’t even heard of the Bitls let alone their music. So how is it? The music I mean… Peter didn’t sound too convincing: it’s better than anything. How is it so good? Peter couldn’t answer that. But I knew at that point that it was something profound and glorious, something that will sweep me off-and-away for the rest of my life. It was a premonition. Supernatural.

The next days I spent turning the waves upside down and inside out on every radio set I could get my hands on in search for Beatles music. And those radio waves were a mess. And I couldn’t understand the announcers. Despite the year I’ve completed with my English grades all A-s I still couldn’t make out what Radio Luxembourg DJs were blabbering. Nobody could. I must’ve stumbled across Beatles music in the vast radio space mostly made up of static and interference but I didn’t know if I did; I had no reference. And boy, were those waves a mess!

In this frustration one dubious hope remained. An almost-miracle. And it happened. To everyone’s greatest surprise State Radio Petofi (largely corresponding to BBC 2) made a slight political mistake and announced the formal introduction of The Beatles’ first LP. We were glued to the radio, every self respecting young boy and girl in the nation. The broadcast was clear. Un-jammed. And the music was…great. Different…So different that we’ve all lacked the foundations – both musical and cultural – to be fully able to appreciate it. An almost-disillusionment. It left us wide-eyed but un-satiated. Uneasy, restless. Projection sublime: a big warm wave, seductive and shiny was coming towards us over the Iron Curtain to deliver us to worlds colorful and happy and free. In the music I didn’t yet fully understand there were qualities, tender messages that were to trigger two basic emotions: one for the need to cry and one to scream.

Please let your visit be known. In a comment. Thanks.